HomeBusinessNaira falls by N2 against dollar as CBN promo fails to stop...
Business 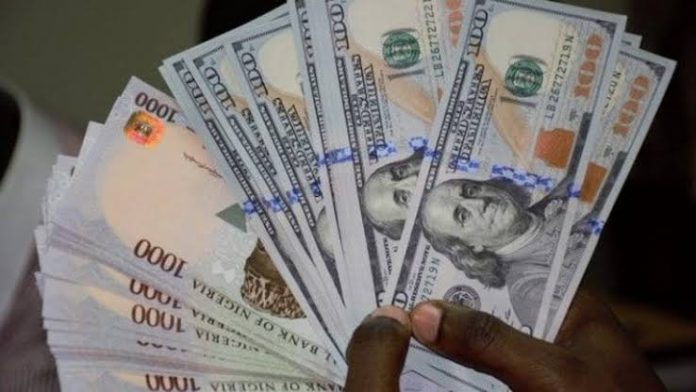 Naira depreciated against the dollar on the black market on Monday by N2, according to data gleaned from abokiFX.com, a website that collates parallel market rates in Lagos.

The local currency exchanged for dollar currency at N482, N2 or 0.41 per cent weaker than N480, the rate it traded on Friday.

The new parallel market rate means the difference between the official market rate is now above N70 from N67 on Friday as Naira also fell against the dollar on the Investors & Exporters (I&E) window of the foreign exchange market on Monday, closing at N411.88, 0.21 percent lower when compared to N411 it closed on Friday.

The Central Bank of Nigeria on Saturday announced payment of N5 for every $1 received as inflow to recipients of diaspora remittances.

However, this has failed to close the gap between the parralel market and the official rate on the first day of trading after CBN promo kicked off on Monday.