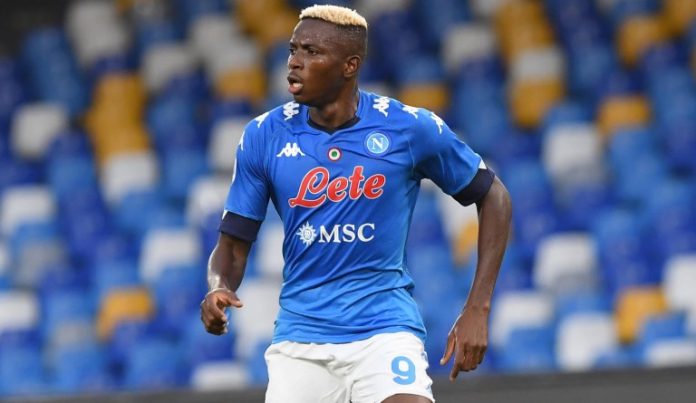 Super Eagles forward, Victor Osimhen has ended a four-month goal drought after he scored for Napoli in their 3-1 victory over Bologna in the Serie A on Sunday.

The 22-year-old, who started the game from the bench and was introduced on 54 minutes, netted Napoli’s second goal on the 65th minute.

The last time Osimhen scored was in November 2020 in the away fixture of the Bologna tie.

Lorenzo Insigne had opened the scoring in the eighth minute before Osimhen scored on his return to the squad following an injury layoff.

Roberto Soriano halved the deficit for Bologna in the 73rd minute.

The visitors then started pushing for an equaliser but Insigne took the game beyond them when he scored Napoli’s third in the 76th minute.

With the brace, Insigne now has 13 goals to his name this season for Napoli.

The goal for Osimhen was his third in the campaign.