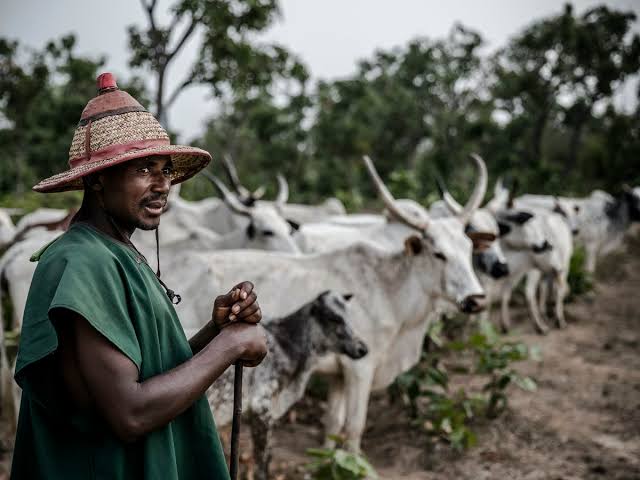 Two farmers were killed in Isaba Ekiti, in Ikole Local Government Area of Ekiti State on Friday by suspected herders.

This is coming as two herdsmen were sent to prison in Ondo State for killing another farmer.

The Ekiti victims were killed by armed men after an encounter with herders at the farm on Friday evening.

It was gathered that one of the victims was a man popularly called Jisoro in the town, while the other one served as a security guard at a construction company.

The suspects were said to have fled the scene of the incident after killing the victims.

Police account
Speaking further on the incident, the Police Public Relations Officer, Ekiti Command, Sunday Abutu, said the crisis between the farmers and herders led to the death of the two persons.

Mr Abutu stated “it was a confrontation between the farmers and people suspected to be Fulani herdsmen called Bororo, who were alleged to have been terrorising the Ipao-Oke Ako-Irele axis of the council area.”

He added that the corpses of the two persons had been recovered and deposited in the morgue at Ikole General Hospital.

“There was a crisis between some farmers and Bororo herders,” the police spokesman said. In the process, there were casualties.

“The police were contacted and operatives have been deployed to that axis to maintain peace.

“Meanwhile investigation has already commenced to unravel the reason for the crisis and to ensure that culprits are brought to book.”

Amotekun’s account
The Commander of Amotekun Corps in Ekiti State, Joe Komolafe, also said the victims were declared missing on Friday, “having gone to the farm and failed to return home.”

According to him, “the development fueled speculations that something terrible must have happened to them.”

Mr Akomolafe, a retired brigadier general, said the incident was reported to the police and Amotekun, “who assembled their operatives and went to their farm where the victims were found dead”.

“Upon inquiry, we learnt that the victims fought with the Bororo herders for coming to harvest bee’s honey in their farms on Wednesday, which degenerated to an exchange of fisticuffs,” the Amotekun boss said.

“In a reprisal attack, the Bororo herders were said to have come back to the farm again on Friday and shot the two men dead.”

They were alleged to have killed a farmer identified as Adebayo Festus, who was aged 51.

The two accused persons reportedly committed the offence at about 2 p.m. on February 5 at Ajowa Akoko farmland.

The police prosecutor, Mary Adebayo, an inspector, said the offence committed contravened sections 324 and 319(1) of the Criminal Code Cap 37, Vol. 1 Laws of the Ondo State of Nigeria 2006.

She urged the court to remand the accused persons pending the outcome of the legal advice of the Director of Public Prosecution.

The magistrate, N. Aduroja, ruled that the suspects be remanded at the Olokuta Correctional Centre pending the outcome of DPP advice.

Presiding Magistrate, N. Aduroja, ruled that the suspects be remanded at the Olokuta Correctional Centre pending the outcome of DPP advice.