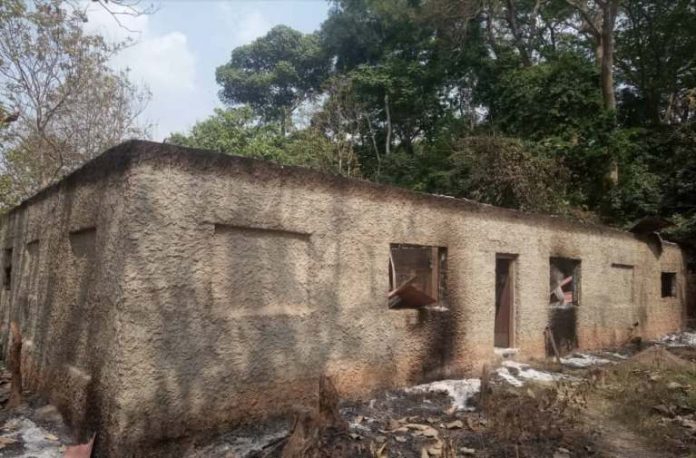 Osogbo Art material worth millions of naira were destroyed on Friday as fire razed artists’ village in Osogbo, Osun state capital. The incident which occurred early hours razed the entire building and the property therein.

Conducting journalists round the burnt building at Osun Groove, the coordinator of the village, Mr Femi Johnson said artworks destroyed in the inferno is worth millions of naira.

According to him, the cabins and wardrobe burnt to ashes were full of carvings, batik material, woodworks and other art materials.

Also read: Mysterious fire raze down 18 houses in Otukpo community “Someone got the village early morning and informed me of the incident and on getting to the scene too, I suspected that some people were burning bush and probably the fire spread to the building later in the night because there is no electricity in the structure”, he said.

Similarly, the State Fire service spokesperson, Mr Adekunle Ibrahim said the incident was reported around 12:09 am and on getting to the scene, the building was completely burnt, adding that nothing could be salvaged.

“We are suspecting arson because the building was not connected to the electricity, eliminating the possibility of electrical surge but we are still investigating the cause of the inferno”, he said.