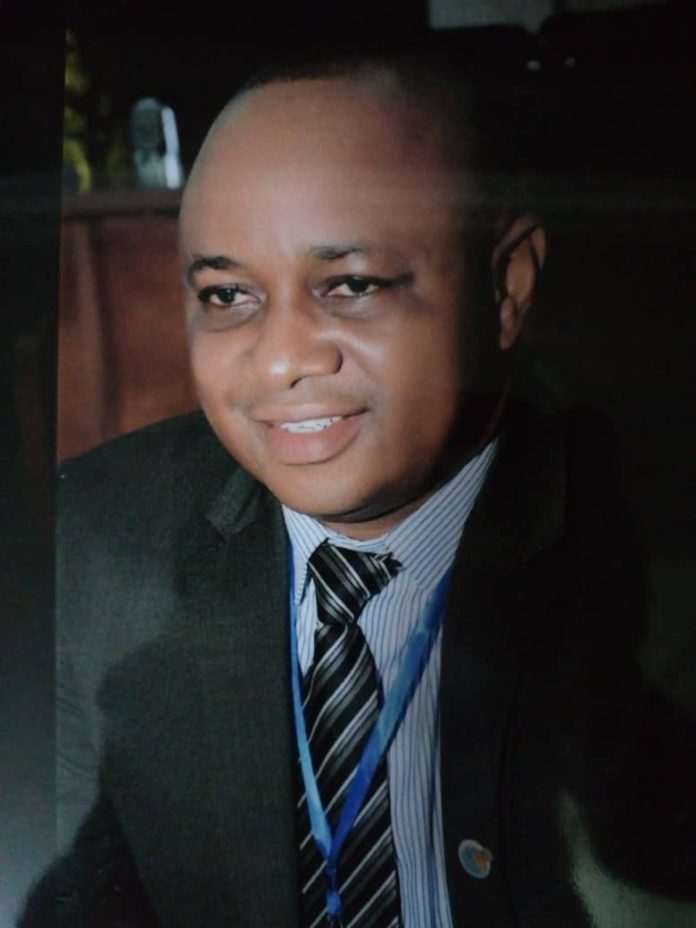 Cold war is  brewing in Awa Town in Orumba North local government area of Anambra state over plot by the House of Assembly and some town union cabals to impose an Igwe on the community.

While some of the the state legislators are hell bent on enthroning a new Igwe of Awa without undergoing due processes involved therein, the Awa community and the ruling villages are kicking against such moves, describing it as an attempt to steal their rightful throne.

The Igwe of Awa Town, Charles Chukwunwike Mbadiugha  (Dike Nzekwe of Awa) died in 2015, and since then the community has been embroiled in succession tussle, leading to series of litigations between Umunzekwe family and the Awa Development Union leadership and as well as other members of Igwe cabinet.

This development has also not only created a leadership vacuum, but fuelled undue rivalry among contending interest groups as well as disunity in the traditional institution in Awa community, which had hitherto been peaceful.

In an attempt to resolve the lingering crisis, the Orumba North local government council on January 9, 2018 and under the Council chairman Hon Emeka Afforka, set up a Peace and Reconciliation Committee on Awa Igwe/chieftaincy crises.

The 9-man panel in a reference letter ORNLG/AD/240/1/124 and headed by Hon Bernard Onyekwelu, the then Deputy Chairman of Orumba North, was mandated to look into the petition written by Umenzekwe family against the Awa Development Union and other members of Igwe’s Cabinet, find out the immediate and remote causes of the crisis with a view to proffering solutions as well  as settling the matter amicably and restoring peace in Awa Community.

The panel after painstaking deliberations, recommended “the installation of a new Igwe as the first charge as the absence of an Igwe in Awa, the Iqwe/Chieftaincy constitution cannot be amended except after installation because it is the new Igwe that would sign the amended constitution into law.”

It further recommended that “candidate for the Iqweship stool should come from Umunzekwe family in line with agreements reached by both sides.”

A few years after the committee recommendations were adopted by warring factions, the then President General of Awa Development Union, Prof Obi Obikeze, and Dr Raymond Offor  discreetly set up committee to illegally amend the Awa Town Council 1977 constitution on traditional rulership selection/identification of Igwe.

On getting wind of this ugly development and sensing moves to deny them of their traditional birth right of being the royal family that produces the Igwe of Awa in accordance with customs and tradition, the Umunzekwe family comprising Agbada, Eziobuikpa and Eziobuna villages headed for court and got an injunction restraining the Awa Development Union leaders from tampering with the constitution in a Suit No: AG/155/2018 between Chinedu Nwankwo and Sir Christopher Okeke (plaintiffs and representatives of Umenzekwe) versus Prof Obi Obikeze and Dr Raymond Offor ( as defendants) for themselves and representatives of members of Awa Development Union.

Determined to have their way even as the court order was still subsisting, the duo of Obikeze and Offor went ahead and wrote a new constitution entirely and submitted same to the government, claiming that Awa has no existing constitution.

And out to defend sanctity of the traditional institution and protect their heritage, the  Umunzekwe family again, on getting wind of the moves, petitioned the Anambra Commissioner of Police  demanding investigation into the alleged change of Awa Town constitution.

It was gathered that following that petition, the police arrested Prof Obikeze and Dr Offor and charged them with fraud and are said to be standing trial.

While all these contending issues were on, the new President General of Awa Development Union, Dr Raymond Offor, shortly after his election in December 31, 2020, wrote to the community giving  them ten days within which to elect a new Igwe, claiming it was government directive.

Worried by the action of the town union’s president whose election is still under litigation, the Umunzekwe again protested to the government, leading to the cancellation of the purported election and advised all to return to status quo.

In a letter dated February 12, 2021 and made available to our reporter in Awka, the Commissioner for Local Government, Chieftaincy and Community Affairs, Mr Greg Obi, cancelled the purported election citing some irreconcilable issues.

The letter signed on his behalf by Henry Nwasike and copied to critical stakeholders including security agencies, read in part: “The cancellation of the election was necessitated by series of  documented information before the  state government which, if not clinically examined and addressed before the election, can lead to  problems and  security  issues in state.”

Further reacting on the issue, the Commissioner said the Awa matter is before the state Attorney General and Commissioner for Justice for his opinion because of the legal issues involved, adding AG’s advice would enable government to proceed further.

Further checks revealed that in spite of all these lingering issues and against government directive, the law maker representing Orumba North in the state Assembly, Hon Emeka Aforka, and his group allegedly organised a thanksgiving  service at St Micheal’s Catholic Church at Awa on Sunday, February 14, 2021 to celebrate the purported election of one Chief Isreal Ezue as the new Igwe of Awa.

On discovering that government wasn’t willing to buy into his subterranean plots  to impose his crony as new Igwe, Hon Afforka engineered one of his allies and the new Town Union president, Dr Raymond Offor, to petition the House of Assembly through his office, the Public Petitions.

House sources revealed that as usual, the House after receiving the petition titled ”Complaint against Henry Nwasike of the Anambra State Ministry Of Local Government, Chieftaincy and Community Affairs for Conduct Unbecoming of a Civil Servant, Gross Misconduct, Fraudulent Practices and Inciting Religious Division Within Awa Committee” referred it to the committee on Public Petitions, which Oforka is the chairman.

According to the source, the committee on March 3, 2021 presented their report on the floor of the house and after deliberating on the matter the lawmakers adopted a resolution including “directing the Head of Service, to post out Mr Henry Nwasike from the ministry of local government, chieftaincy and community affairs and that the said letter cancelling the election of Awa Traditional Ruler sent to the president of Awa Development Union be declared null and void as it has been overtaken by events and the and winner be issued with certificate of recognition as Igwe of Awa Town to ensure peace within the community.”

Speaking earlier while presenting the report, Aforka argued that contrary to what people are made to believe, that Awa Town had set up a committee to review the chieftaincy selection constitution and it was duly approved by state government through the ministry of local government affairs in 2018.

He said it was worrisome that a section of the community proceeded to court, insisting that the issue of chieftaincy is their own hereditary right, adding that the matter was later struck out.

He explained that the community communicated the state government through the ministry fixing February 13, 2021 for the election and it was held to their greatest surprise, expressing dismay that after declaration of the winner of the election, the ministry of local government letter cancelled it.

Reacting to the House of Assembly resolutions, the Senior Special Assistant to Governor Obiano on Community Liaison,  Hon Chukwuemeke Egwuonwu, said the issue of traditional institution is so sacred and revered that all due processes must be followed for peace to reign in various communities in Anambra.

Egwuonwu, who hail from Awa, said Awa community have for decades been living in peace among themselves and therefore enjoined the government to do everything possible to preserve the people’s culture and tradition.

According to him,  the Awa community is yet to elect Igwe and reconstitute the Igwe-in-council following some irreconcilable differences within  the community, calling on the Governor to tow the path of truth and justice in the Igweship tussle.

He said the House resolution directing Governor Willy Obiano to issue a certificate of recognition to the purported Igwe-elect, HRH Igwe Isreal Okeke, is against the age-long Awa Town Council 1977 constitution on traditional rulership, selection/identification which confers traditional head on the senior and ruling Umunzekwe village or quarter of Awa in accordance with the community customs and tradition.

He further explained that the report of peace and reconciliation committee on Awa Igwe/Chieftaincy Crises set up by Hon Emeja Aforka, the then council chairman of Orumba north local governemnt, recommended among others that candidate for the Iqweship stool  should come from Umunzekwe family in line with agreements reached by both sides.

He added that the report expressly stated that “in the absence of an Igwe in Awa, the Iqwe/Chieftaincy constitution cannot be amended except after installation,” disclosing that the Awa community is made up of twelve villages and only three of them are the ruling villages that would produce the next Igwe.

Emeka stated that the Assembly has no right at all to direct Governor Obiano to give certificate of recognition to the purported Igwe-elelct just as they was no election to that effect, calling on the Governor to disregard their directive as it would further breed tension and acrimony within the community.

Also advising Governor Willy Obiano  to be wary of imposters who want not only foist their crony as Igwe in Awa Town, a community leader, Solomon Nwosu, said the move by Hon Aforka is an attempt to desecrate the traditional institution and cause division among the family members.

Nwosu, from Eziobuikpa village, maintained that it is unfortunate that their representative at the house of Assembly is conspiring to destroy a revered royal family even as they stood with the lawmaker in the 2019 general election that brought him to office.

He wondered why Aforka should dissipate energy and such interest championing the cause of Awa when his people are up against him for his alleged misdemeanors.

According to him, “Aforka desperate moves is a calculated attempt to spite the peace loving governor Obiano and we shall rise against it as Awa family stands for peace and justice.”

Also speaking,  Nze  Prince Willifred Nwankwo, whose father-grand and  father have been igwes of Awa, said what is happening in Awa is a misnomer and unheard of and therefore should be condemned by all right thinking community leaders.

Nwankwo,from Eziobuna, explained that traditional issues are not discussed at the behest of an individual whose quest for power cannot be sacrificed at the alter of our native laws and customs, calling on Hon Aforka to stay off Awa matter as he is not empowered to speak on the community’s behalf with regard to Igweship stool.

He advised Aforka to focus on how to make laws for good governance and borrow a leaf from his colleagues on how to attract projects to his constituents, adding that so far the law maker can not boast of anything in the whole sixteen communities of Orumba North other than   crisis.