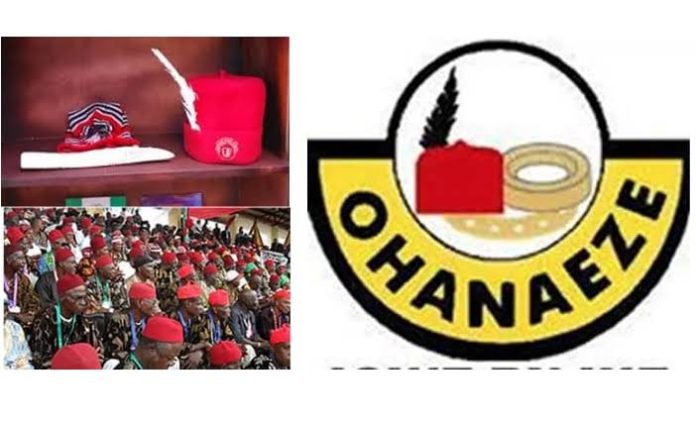 The Ohanaeze Ndigbo Youth Council Worldwide, OYC, has demanded the immediate arrest of Sheikh Gumi, a cleric currently negotiating with bandits in the Northern part of the country.

Gumi drew the ire of the Igbo group following his interview with BBC pidgin, where he was reported to have compared late Igbo leader, Dim Chukwuemeka Odumegwu Ojukwu with the bandits.

Ojukwu led Ndigbo to the Nigeria/Biafra civil war which lasted for three years, claiming millions of lives, and Gumi now believes Ojukwu committed the same offence like the bandits.

But reacting, the OYC President-General, Mazi Okwu Nnabuike said he was surprised that Gumi was still walking the streets a free man.

He said despite glaring evidence that Gumi was in deep romance with terrorists, the security agencies had looked the other way while things worsened in the country.

“There is no doubt that Nigeria is at a crossroads in its journey to nationhood. Never in the history of the country has it witnessed such orge of violence and criminality being perpetrated by terrorists hiding under different nomenclatures.

“However, more worrisome is the fact that the chief mobilizer and the spokesman of the terrorists, Sheikh Gumi has been left to be walking freely despite clear evidence that he was part of Nigeria’s security problems.

“Ranging from his claims that bandits are not terrorists, to his mindless comparison of bandits with the IPOB and now Dim Odumegwu Ojukwu, it is clear that Gumi has turned the chief spokesman of terrorists and should be arrested and prosecuted.

“He did not start today as his track record shows that he was part of those that laid the foundation to what we are seeing today; his divisive and inciting messages are not new in the country. It is now time for security agencies to do the needful as this is the only way to end the current mindless killing and kidnapping of Nigerians,” OYC said.

Okwu, also in the statement took a swipe at Kogi West Senator, Smart Adeyemi over his last week tirade against Governor Okezie Ikpeazu of Abia State.

While describing Adeyemi as a shame and a bad image of the current Senate, Okwu urged Ikpeazu to ignore “a man who got to the Senate not by the people’s vote but violence and intimidation of voters.

“Smart Adeyemi is no doubt a disgrace to the journalism profession, as we wonder how such a man with an unsound mind rose to the apex leadership of the revered union.

“We ask Governor Ikpeazu not to be distracted or allow himself to descend to the level of such a man who has no form of dignity.”