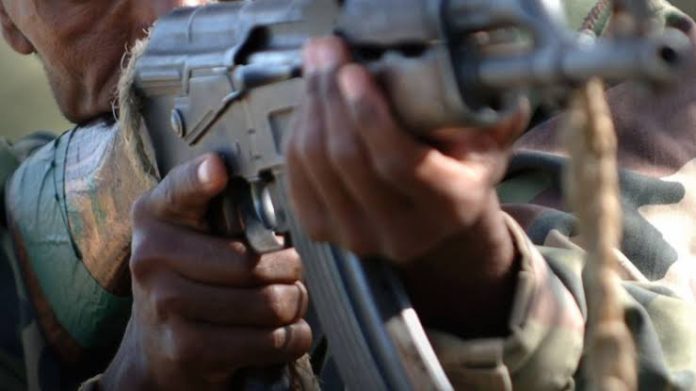 Gunmen have reportedly killed no fewer than six policemen and a soldier in another attack at a checkpoint in Obubra on the Calabar-Ikom highway.

Several other policemen were injured and were said to be receiving medical attention at an undisclosed hospital.

This fresh attack is coming barely two weeks after four policemen were killed at a checkpoint in Idundu, near Calabar.

Police Public Relations Officer (PPRO), Irene Ugbo, in a telephone interview with some newsmen, confirmed the incident but insisted that only two policemen were killed and a soldier injured in the attack that occurred on Tuesday night.

They said the attack started at Nko axis of the checkpoints along the highway to Obubra as the assailants drove in a commercial vehicle suspected to have been snatched for the operation.

It was further learnt that the gunmen attacked three checkpoints on the express road before meeting an Army checkpoint and that the Army overpowered them and they abandoned their bus and fled into the bush.

An Army officer, who was seriously injured, died with the policemen and their rifles seized.

Ugbo said the assailants took away only two rifles, adding that there had been a re-enforcement of security in the area and that a manhunt for the assailants who later abandoned their vehicle and ran into the bush when engaged in a gun battle had commenced.

The state special security outfit, Operation Akpakwu had recently recorded some successes in rooting out kidnappers, cultists, robbers and others, as the State Commissioner of Police (CP), Sikiru Akande, said the attack on policemen was aimed at dampening their spirits, but the hoodlums would not succeed.

“We will strike back and we will get all of them,” he stressed.

MEANWHILE, a United States-based security expert, Felix Asuquo, has volunteered to take over the training of children of the four policemen, who were recently killed by suspected kidnappers in Idundu, near Calabar.

Asuquo, a security expert and law enforcement officer with the Essex County Sheriff’s Department in New Jersey, United States wrote a letter to the Inspector General of Police (IGP) delivered through Akande, saying the killing of the policemen could jeopardise the morale of policemen if nothing was done urgently.