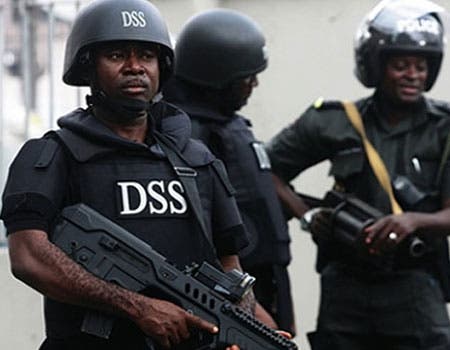 The President of Amalgamated Union of Foodstuff and Cattle Dealers of Nigeria, Comrade Muhamad Tahir, has been summoned by the Department of State Security (DSS), and presently being questioned at the headquarters, Abuja over the ongoing strike by the Union.

The General Secretary of the Union, Ahmed Alaramma, disclosed this at a press conference, held at the Labour House, where they kicked against alleged suppression of their members and task force put in place to enforce the strike action on the major roads.

Alaramma said from the report received on the strike, their task force is being intimidated by the Army, adding that they were surprised by this development because they wrote to all the security agencies, including the Army and the Presidency before the commencement of the strike.

He stated that they were invited by the DSS on Monday morning, and “our president is with the DSS presently, and as we speak, he is being questioned at the DSS headquarters.”

He said their members are being molested, adding, “we rejected what the Nigerian Army has done to our task force. We assure our members across the country that our strike goes on. We will never give up.”

Alaramma also spoke of multiple taxations of their members and extortion by security agencies, the Army, Police, and various forms of hoodlums on the major road.

He pointed out that before a truckload of cows from Adamawa gets to its destination in the South-West, South-East or South-South, he would have spent about N250,000 to extortion.