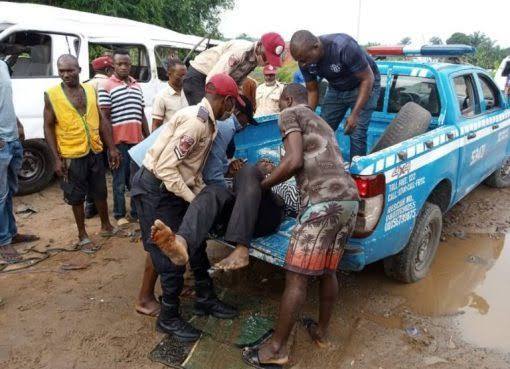 The Federal Road Safety Corps (FRSC) has confirmed the death of nine persons in a motor accident at Kunar Dumawa in Dambatta Local Government Area of Kano State on Sunday.

FRSC Sector Commander, Zubairu Mato, while confirming the accident in a statement issued on Sunday, said that 41 others were injured in the Sunday evening accident.

“On receiving the information, we quickly dispatched our personnel and vehicle to the scene of the incident for the rescue of the victims at about 4:17 p.m. as well as clearing the obstructions,” Mato said.

He said that the crash occurred as a result of the loss of control due to brake failure.

“The victims who lost their lives are three males, six females, while the remaining 41 victims sustained serious injures,” he said.

The road safety boss said that the victims were evacuated to Dambatta General Hospital where the doctor on duty confirmed nine dead.

The 41 other victims, he said, are currently receiving treatment at the hospital