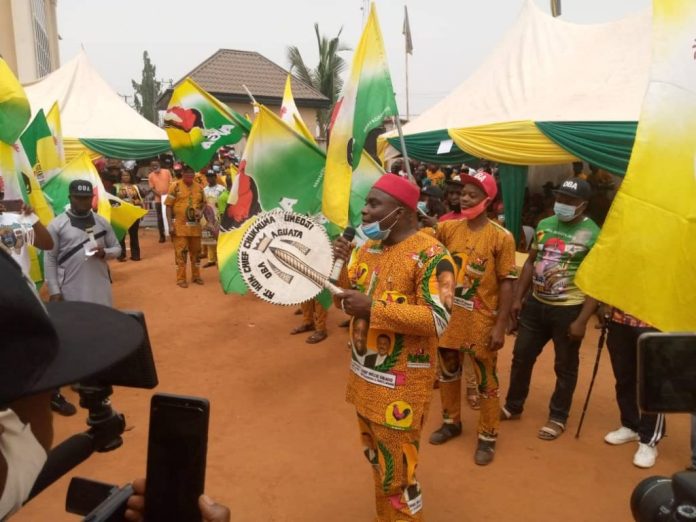 The member representing Aguata Federal Constituency, Honourable Chukwuma Umeorji, says he is offering himself for higher service to the people of the state under the All Progressives Grand Alliance, APGA.

Honourable Umeorji, who made the declaration amidst ovation by teeming party faithful, emphasized that the good works of Governor Willie Obiano, needed to be sustained beyond his tenure.

Honourable Umeorji described APGA as the most peaceful political party in the nation, calling on its leadership to provide level playing ground for all aspirants, to ensure that a party man is elected to sustain the tempo of development in the State.