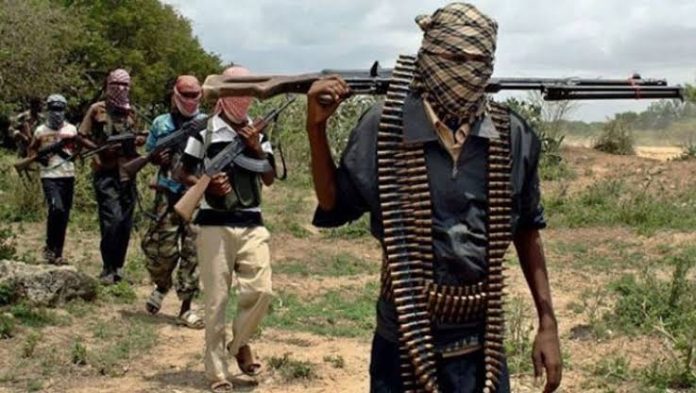 Bandits have resumed operations in Kagara, Niger State on the same day that 42 students and other persons they kidnapped from a school in the town regained fredom.

No fewer than four persons were on Saturday reportedly killed and scores kidnapped in fresh attacks on the town and adjoining villages in Rafi Local Government Area of the state.

According to Musa Kwabe, a community leader in Kagara, eight persons were kidnapped in Kundu and 11 others in nearby Gunna district.

He said the four people killed were from Karako, a neighbouring village where seven persons are still missing.

He also told PREMIUM TIMES the bandits rustled many cows in the affected villages.

Muhammed Hussein, a chief in Kagara and a former local council chairman, named one of those kidnapped as Ibrahim Ruvo, who is a chief imam at Madaka village.

“One chief Imam, Ibrahim Ruvo, was kidnapped around Madaka axis. He is yet to be found.”

The spokesperson of the police in Niger, Abiodun Wasiu, told PREMIUM TIMES that he would confirm the incident and send a feedback when contacted on Saturday afternoon.

This newspaper had reported how Kagara and its adjoining villages have been under the siege of bandits for more than two years.

However, it was the kidnapping of the schoolboys that brought the ordeals and sorrow of the community to national attention.

In that incident at the public secondary school on the outskirts of Kagara town, bandits abducted 42 persons, including 27 students, three staff and 12 members of their families.

The bandits raided two of the five hostels in the school, Barde and Lafene halls, to ferret out the students, in the process killing one of them, Benjamin Habilah.

This newspaper learnt that the schoolboys were released on Saturday morning after more than nine days in captivity.

As of the time of filing this report, the state government is yet to brief the public on how it secured the release of the students and whether or not payment of ransom was involved.