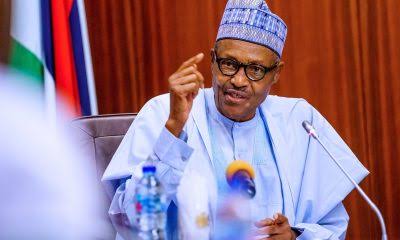 The Muslim Rights Concern (MURIC), hss vowed that the next President of Nigeria must be a Muslim from the South Western region of the country.

The group wondering why no single Yoruba Muslim has ever ruled Nigeria since independence to date, argued that all Yoruba that have occupied the position have been Christians all along.

MURIC’s argument is contained in a statement issued by its director, Professor Ishaq Akintola, on Friday, contending that Yoruba Muslims have been at the receiving end of political and religious persecution for too long.

It said in the interest of fairness and equity, it’s time to allow a Yoruba Muslim occupy Nigeria’s number one seat come 2023.

MURIC argued that even on the state level, Muslims in the South West have suffered marginalisation in the appointment of Commissioners and other political positions by Governors of Ekiti, Oyo, Ondo and Ogun.

“Are Yoruba Muslims third class or second class citizens? Are we not equal before the law?

“It is our strong belief that the narrative will only change when a Yoruba Muslim occupies Aso Rock. Who feels it knows it,” MURIC said.

“Yorubas have been heads of state, president and vice president but all those who got there have always been Christians.

“So we have had three Christians of Yoruba extraction in Aso Rock at different times. It is therefore natural to ask why there hasn’t been any Yoruba Muslim politician in Aso Rock all these years, particularly from 1979 to date?

“President Buhari’s tenure ends in 2023 and the South West is already warming up. Will it still be fair for another Christian from the South West to occupy Aso Rock come 2023?