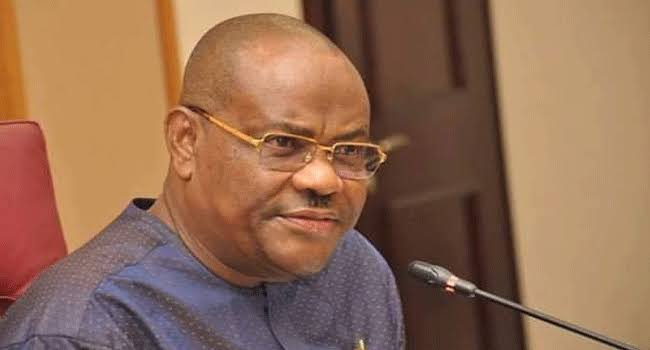 Wike also took a swipe at a National Assembly member from Kogi State, Smart Adeyemi, for describing Governor Okezie Ikpeazu of Abia State as a ‘drunk.’

The governor spoke when the Senate Committee on Niger Delta paid him a visit at the Government House, Port Harcourt, Wednesday.

Wike wondered why senators, who had severally decried the poor performances of the former service chiefs cleared them for another appointment.

He said: “Let me use this opportunity to express the dismay of most Nigerians to the Senate. Convey this to the Senate. We must be courageous in whatever we are doing. Everything must not be party affairs. You (senators) sat and discussed that the then service chiefs be dismissed. You said they’re not performing.

“Now, the same people who were not performing, have been confirmed by you as ambassadors. What kind of country are we running?

“In anything we do, we must remember that there is tomorrow; our conscience is key. It’s not because I want to be a loyalist of a party. No. There are things you cannot reconcile at all.”

On the Niger Delta Development Commission (NDDC), Wike said the commission had abandoned its core mandate, leaving those who canvassed for its establishment disillusioned.

“I don’t like talking about NDDC. It is unfortunate that those who fought for it, if they knew that this is how the commission will be, I don’t think that they would have even asked for it”, he said.

The governor pointed out that over the years, various National Assembly committees on NDDC had not provided sufficient direction to make the commission focus on its core mandate of developing the Niger Delta.

Wike, who also said some politicians had turned the intervention agency into a cash cow for sinister political agenda alleged that its management once spent N10bn to unseat him.

The governor urged the committee’s leadership to prevail on the management of the NDDC to embark on legacy infrastructural projects such as the eight flyover being constructed by his administration and not to waste resources on 50 or 100 meter roads.

He said: “The chairmen of the Senate and House committees on the NDDC are from the region too. You are supervising NDDC, so why not sit down with them to know the legacy projects that they want to carry out this year in the Niger Delta states. Tell them these are projects they must make sure they executed first.

“Rather than do that, you allow them to do 50 or 100 metre- road or a close that leads to someone’s house. What’s their business there?

The governor also expressed his displeasure with Senator Adeyemi demeaning a serving governor by calling him a drunk.

Chairman, Senate Committee on Niger Delta, Peter Nwaoboshi said their visit was to assure Wike, that the commission would be supervised to perform within its core mandate.