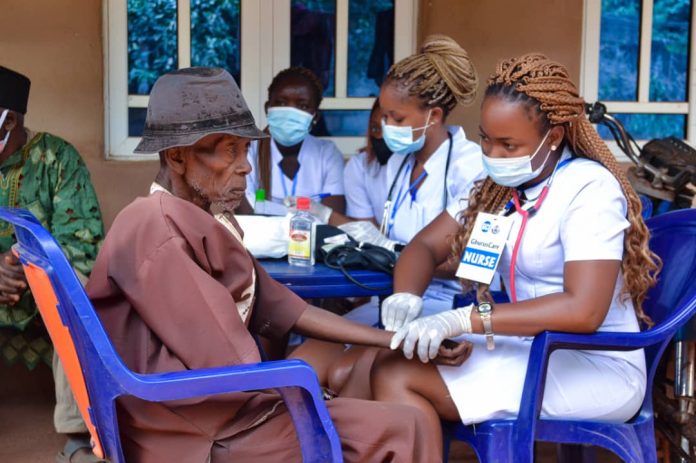 Governor Ifeanyi Ugwuanyi of Enugu State through the GBURUS-CARE initiative team has commenced a home-to-home medical service for aged people in Enugu state.

The team moved from one home to another tending to the medical and health needs of aged persons and extending the love of the Executive Governor of Enugu state.

While the Nurses were responsible for checking the vital signs of the patients, the Medical laboratory scientists conducted tests such as Random Blood Sugar (RBS), Hepatitis B&C and Malaria Parasite using RDT.

The doctors would then consult and counsel the patient and thereafter prescribe medications that would then be dispensed to the patient/participants by the Pharmacist.

Patients were also provided with multivitamins that would help boost their immunity against diseases.

Patients, where necessary were also counseled and recommended for higher medical attention or medications.

The mission, even though rigorous proved to the aged people and others how much premium the governor of Enugu state places on the health of ndi Enugu.

Technical Assistant to the governor on Healthcare Sct. Darlington Ugwuegbe made it clear to the aged people that Gov. Ugwuanyi’s love for them is what has motivated him to deploy such number of Healthcare professionals to tend to their medical needs.

He added that the elders should always remember His Excellency in their everyday prayers.