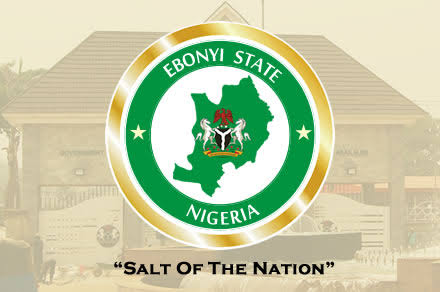 The two communities of Effuim and Ezza Effuim yesterday renewed their commitment towards stopping all forms of reprisal attacks despite disagreement on boundary demarcation.

The two communities have been enmeshed in a bloody communal clash which has claimed many lives in the community.

Though the Ebonyi Governor, Chief David Umahi yesterday put the figures at 25, sources close to the community alleges that the figure might be higher.

The resolution to end all reprisal attacks followed a security meetings convened by the State Governor which lasted for two days in Abakaliki the state capital.

The Commissioner for Information, Barr Uchenna Orji in a statement said the stakeholders of Effium requested the state government to carry out land demarcation between them and Ezza Effium while the Ezza stakeholders demanded otherwise.

The Effium people said the demarcation would serve as a last resort in the attainment of a lasting peace in that community.

But the stakeholders of Ezza Effium requested that they be allowed to live together with the people of Effium as they had lived before the misunderstanding that reared its ugly head.

The two communities however renewed their commitment towards stopping all forms of violence.

The governor, however, gave the stakeholders from both communities two weeks to consult with their people, including, the youths and women, both those within and outside the state and come up with a consensus decision that will enable the state government take a decision that will bring lasting peace and stronger harmony among the people of Effium and Ezza Effium.

Mr. Orji said that the governor held separate meetings of key stakeholders from the Effium and Ezza Effium.

He later held a combined meeting of both parties with representatives of the state government, Christian Association of Nigeria (CAN), Founding Fathers, Elders’ Council and leaders of Ezza nation who were observers in the meeting which held at the State Ecumenical Centre Abakaliki.

“The Governor who presided over the meeting appealed to the stakeholders of Effium and Ezza Effium to do everything possible to ensure that there is no more reprisal attack from any part of the community noting that government shall hold the stakeholders responsible if there is any further break down of law and order in that community.

Mr. Orji noted that, “The two sides of the dispute presented their positions on the immediate and remote causes of the crisis and their recommendations for immediate interventions and lasting peace”.

“The Governor directed them to go into a closed door meeting by themselves with a view to having a common ground in their recommendations and which they did with the supervision of representatives of Christian Association of Nigeria.

“As part of the outcome of their meeting, the stakeholders of Effium requested the state government to carry out land demarcation between them and Ezza Effium people as a last resort in the attainment of lasting peace in that community, while the stakeholders of Ezza Effium requested that they be allowed to live together with the people of Effium as they had lived before the misunderstanding that reared its ugly head.

“They however renewed their commitment towards stopping all forms of reprisal attacks forthwith and were bonded to keep the peace pending the final resolution of the matter”, he said.

At the end of the meeting, the governor further set up a committee made up of one representative from Effium and one from Ezza Effium with two representatives from the Christian Association of Nigeria (CAN) to supervise their consultation processes.

The two CAN representatives are Bishop Matthew Nkwoegu and Rev Dr. Scamb Nwokolo.

The Committee is to submit its report within 14 days.