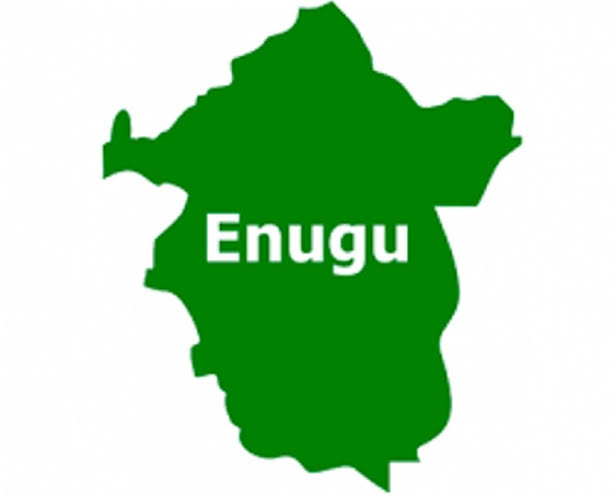 He was killed Wednesday morning by unidentified gunmen.

Over 77 buildings have reportedly been burnt in a renewed crisis which has also claimed the life of Oruku traditional ruler Igwe Emmanuel MBA.

Oruku, one of the troubled communities in Nkanu East Local Government Area of Enugu State has been engulfed in a fresh round of crisis after the traditional ruler, Igwe Emmanuel Chidiebere Mbah was shot and killed by gunmen suspected to be policemen from Force Headquarters.

He was shot while addressing members of his community during their annual meeting on December 26, 2020.

His murder, in which some members of the community were fingered, sparked off a chain of crisis leading to the burning of over 77 houses and the only market in the community.

It was gathered that since then, heavy shootings having been going on in the community despite a detachment of policemen stationed in the community to forestall further killings and burning of houses.

He said “there was heavy shooting through the night. Police deployed to maintain peace was nowhere to be found.

“This morning Chief Samuel Ani of Oruku caretaker committee was shot and killed in his home,” he said.

“As I am speaking with you, we are taking his body to the mortuary in Enugu State capital.”

When contacted on telephone the State Police Public Relations Officer, ASP Daniel Ndukwe, said that he will find out what exactly happened.

Everyday News investigations reveals that the killing of the Town Union Vice Chairman may not be unconnected with the on going Judicial Panel of inquiry set up by government to probe into the killing of the Oruku traditional ruler.

Our source reveals that the town union is billed to make its presentation at the panel on Thursday.

The killing is suspected to be part of efforts to instill fears in the town union leadership and probably stop them from appearing before the panel.