HomePoliticsIMO guber: There must be an end to litigation
Politics

IMO guber: There must be an end to litigation 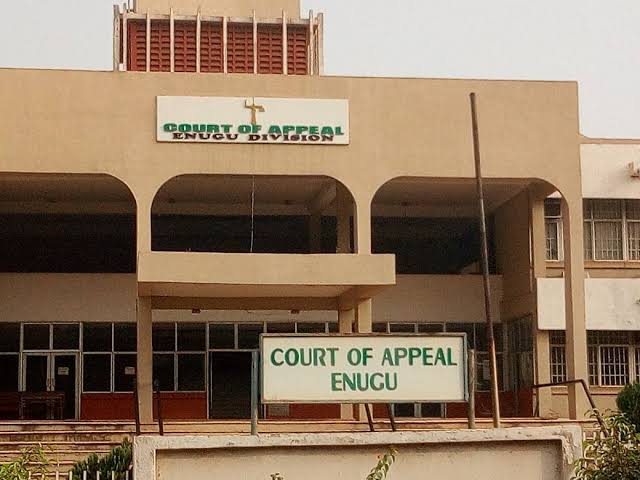 It was the the Appeal Court sitting in Enugu in a case between APGA senatorial candidate then, Senator Victor Umeh and that of the PDP Uche Ekwunife, that made it clear that there must be an end to litigation.

Ekwunife’s election had been nullified by the Appeal over issues of nomination.

In her desperation, Ekwunife knowing full well that the Appeal held the final say in her matter, decided to try her luck at the Supreme Court calling for a review of the judgment.

Of course. the apex court turned her back and referred her to the appeal Court.

She returned to the Appeal urging them to review their judgment.

The respected justices at the Appeal Court in Enugu did not mince word in telling Ekwunife, the Anambra female Senator that every litigation must have an end.

They reminded her that the Appeal was her final bus stop.

Without conceding to any mistake, the court said “even if there was a mistake in the judgment, it remains  the decision of the court and cannot be changed.

The issue of the IMO guber appears to be following the same way. There have been a constant attempt to exhume a matter that had long be laid to rest by the apex Court.

Whether you like the face of Governor Hope Uzodimma or not, the incontrovertible fact is that he is the executive governor of IMO State and nothing can change that.

His election was sealed by the Supreme Court and that matter was buried by that proclamation.

However, for academic exercise let’s look at the latest attempt by Uche Nwose to resurrect the dead.

Uche-nwosu-Rochas Okorocha’s son in law, has asked the Supreme Court to declare that Imo State Governor, Senator Hope Uzodinma was not the candidate of the All Progressives Congress (APC) based on the court’s judgment that Nwosu was nominated by both the APC and the Action Alliance.

Nwosu made this request in a fresh suit his counsel, Mr Philip Umeadi Jnr recently filed, asking the apex court to review its judgement in which he declared Uzodinma the APC candidate.

He is relying on an earlier pronouncement of the court that he (Nwosu) was nominated by both APC and AA and consequently declared his nomination a nullity.

In the judgment nullifying his candidacy which he attached to the suit, Justice Amina Augie JSC, made the following findings: “…Apparently, in arguing as he did, the appellant does not seem to grasp or appreciate the intricacies of the case against him.

“The issue was not whether his name was on the ballot paper, or whether he was the APC’s candidate at the general election itself, the issue at stake is whether he knowingly allowed himself to be “nominated” as a candidate by both APC and Action Alliance…

NB: ..THAT THE ISSUE IS NOT WHETHER HE WAS APC’s CANDIDATE.

But…whether he allowed himself to be “nominated ” by two parties…

There was an attempt to present him, whether justly or unjustly as candidate of two parties… was he aware? That was the matter treated by the apex court…

Note that the nominated is in quotes because its alleged veracity has not be proven and not an issue before the court.

Upbtill today, Nwosu has failed, like the apex court pointed out, to understand that the issue was not who was the APC candidate but he was disqualified for claiming double nomination.

And, the party has not denied him as their candidate.

The issues are thus very clear.
There was no issue as to who was the duly nominated candidate of the APC.
The Supreme Court never ruled on who was the APC candidate because the matter was not brought before it.
The Court ruled on alleged double nomination. Howsoever Nwosu got his name to INEC was not an issue before the court.
Also, nobody challenged the candidacy of Uzodimma as APC candidate and the party has said that they sponsored him in the election.
Like I said, whatever argument for or against the above are mere academic exercises. The Apex Court is the final bus stop for all cases.
The same Court has ruled on this matter and that’s final.
Those dreaming should wake up and prepare for future election. This one is over as the Supreme Court cannot overrule itself.
THERE MUST BE AN END TO LITIGATION!!!!