HomePoliticsHerders must respect Benue law or go to Bauchi to carry AK-47...
Politics 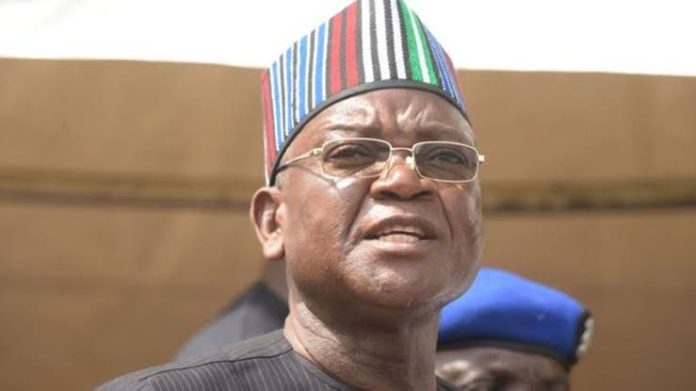 Agaib, Benue State governor, Samuel Ortom, has come hard on his Bauchi State counterpart, Bala Mohammed, over his statement that Fulani herdsmen have the right to occupy any piece of land in Nigeria, including forests, adding that herders are free to relocate to Bauchi if they wish to carry AK-47 rifle.

Speaking to newsmen in Makurdi on Monday, Governor Ortom asked Governor Mohammed to go and study the Land Use Act very well to know that state governors have the legal right to superintend over lands.

He said if the Federal Government is coming to make use of land in any state, it has to get an approval from the state governor, who he said holds the land in trust on behalf of the people.

According to him, “the Land Use Act permits governors to have the sole legal right. I have the sole authority over lands, whether in the forest or anywhere.

“He [Governor Bala Mohammed] should go back and read the Land Use Act. As a governor of your state, you hold the land on behalf of the people.”

Speaking on the support the Bauchi State governor has been extending to Fulani herdsmen in recent times, Governor Ortom said his [Mohammed] utterances have convinced him to conclude that he is a member of Fulani terrorists terrorising Nigeria.

Governor Ortom further asked the Bauchi State governor to go back and study his oath of office, to see if the oath of office he took did not tell him that he is expected to protect the constitution of Nigeria.

Ortom said as far as he knows, the Nigerian constitution does not allow foreigners to enter the country and bear arms against Nigerians.

In his words, “And since he [Bauchi governor] has chosen to vilify and intimidate me, I am compelled to think that he is one of the Fulani terrorists terrorising this country.

“Why did I say so? This is the same governor who took oath of office to protect the constitution of the Federal Republic of Nigeria.

“The constitution does not allow foreign armed Fulani herdsmen, Tiv people, Yoruba or any ethnic group to come in and carry arms, but the Bauchi State governor said every Fulani man is a global man, so he can go anywhere at any time.

“It is quite disappointing to hear a governor who took oath of office to say that. Maybe he should go back and rehearse the oath of office he took, whether allowing foreign Fulani terrorists to come into Nigeria protects the institution of Nigeria.”

Speaking on Governor Bala Mohammed’s Fulani herdsmen for carrying AK-47, the Benue State governor told him to go through the constitution and show Nigerians the section of the constitution that allows anyone who is not licensed by security agencies to carry arms.

“Even Dane guns are licensed, how much more weapons like AK-47, AK-49 and several other sophisticated weapons.”

Governor Ortom said Governor Bala Mohammed’s continuous support for the Fulani herdsmen against Nigerians is questionable and asked if he is more Fulani than the Sultan of Sokoto, and the Gombe and Kaduna State governors. (Nigerian Tribune)